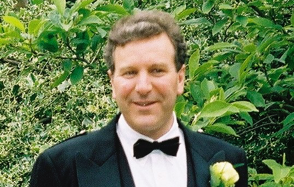 The title of his keynote speech:

ParaFormance: Pattern-based Refactoring to Improve the Quality of Parallel Software

Kevin Hammond is a (full) Professor in Computer Science, in the School of Computer Science, at the University of St. Andrews, St. Andrews, Scotland, where he leads the Functional Programming research group. He is also an Honorary Professor at Heriot-Watt University, Edinburgh, Scotland. He is a Senior member of the Association for Computing Machinery (ACM), including the Special Interest Group on Programming Languages. He is a member of the advisory board for EuroPar, the European Conference on Parallelism. He is the UK representative for the TACLe Cost Action on Timing Analysis.

His general research interests lie in the design and implementation of computer programming languages, including implementation of real-time and embedded systems. He has over 20 years of experience in this area. He is an expert programmer with considerable experience programming Unix and other systems, and has been involved in numerous successful research projects of national and international importance.

He has published about 100 papers with a total of at least 100 co-authors.